The Nominations Committee is excited to present the following slate of nominees. 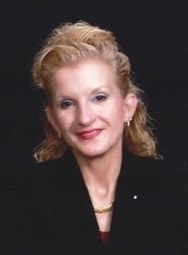 Irene Maskaly (Iota) has been nominated for the position of president of DGKNJ.  Since her initiation in 2010, Maskaly has served DKG on many levels.  On the state level, she currently serves as first-vice-president and has also served second vice-president, corresponding secretary, chair of EEC committee and co-chair of Rules and Bylaws.  Within Iota chapter, Maskaly has served as President, Treasurer and on various committees.  Internationally, she has served on the Arts and Humanities Jury and is currently the chair of that committee.

Maskaly was an instructor of the visual arts at Sterling High School in Somerdale from 33 years where she was Educator of the Year in 2003.   She served as a docent at Rockwood Museum in Wilmington, DE and was also the admissions manager for Hussain College upon retiring from teaching in 2016.    Maskaly wrote: “The challenges set before us these past few years have strengthened our resolve to move this society forward using technology in creative ways that we never could have imagined a few years ago. Every new challenge gives one the opportunity to grow, learn, share, and inspire others with our newfound success. The women of DKG International have raised the bar for future inductees with their creative techniques to learn, connect and communicate our mission: To promote professional and personal growth of women educators and excellence in education. Moving forward, I feel our goal as society leaders is to identify and support our members wants and needs in and out of the workplace as well as creatively think of ways to retain and gain new members.” 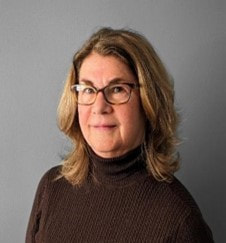 Cathy Fortunato (Lambda) is the nominee for the position of first vice-president.  Within Lambda chapter, Fortunato has served as president, recording and corresponding secretary, and on a variety of committees.  On a state level, she is currently a co-chair of the Rules and Bylaws Committee.
Cathy retired after teaching math for 36 years at Somerset County Vocational and Technical High School, having been recognized as Teacher of the Year.  Within her community, she is a member of her church rosary alter society ministry and served as the secretary and committee chairperson for Scouting for Food for the Cub and Boy Scouts of America.
​
Cathy shared that during her tenure as Lambda Chapter President, she “was able to work with remarkable and visionary women educators.  With strategic goals set, it was an enjoyable and exceptional biennium. Organization and clear communication set the foundations for success.  Maintaining a listening ear set the achievement of goals.  We forged ahead with creating a new chapter website, awarding new female educators with financial help, adding a new position of a fundraiser chairmanship to support service projects designed to financially help an educator in Africa as well as a community food pantry, coordinating opportunities to attend varied educational programs with guest speakers, and offering social events.  The key word afore mentioned is “we.”  The sisters in the chapter were the keys to success.  My sisters amaze me.  As a leader you can see the whole picture and facilitate your sisters’ contributions. I want to continue to connect with our sisters on the state level and accomplish new goals in line with the state leadership team.” 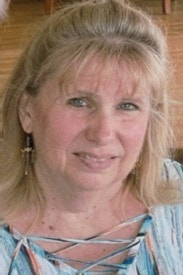 Diane Roberts (Omicron) is DKGNJ’s nominee for the office of second vice-president.  She currently serves as our DKGNJ Yearbook/Directory Chair.  Within her chapter, she served two consecutive biennia as chapter president, served as their newsletter editor, and has served on finance, nominations, communications, and yearbook committees.  She has received recognition and numerous awards, including the Rose and Key award from her chapter, the NEWEST Honors Teacher Award, and was a finalist in the Keep America Beautiful, Inc. contest for recycling.   Roberts was a journalism and Spanish major, obtaining certificates as an elementary teacher and a teacher of Spanish.  Additionally, she is the pianist and trumpeter at her church, is a member of the Riddlesbrood Touring Theater Troupe.
​
In her application, she wrote “The confidence placed in me, and the encouragement to step into my past 4-year position as Omicron’s Chapter President, has aided my growth in leadership. I leap-frogged into this position without having served in any other Omicron Officer position. I learned a lot and was able to steer our chapter through some very tense times.  I was very active in seeking out new members for our chapter through personal invitations and mailing approximately 42 invitation letters to teachers of the year.  Not all these efforts bore fruit, but I believe we need to attract new key women educators to keep DKG alive.
Further encouragement from within my chapter and elsewhere has prompted me to consider serving at the state level. This opportunity to serve as 2nd vice president would allow me to network with many wonderful women educators and to help generate ideas and actions to serve current members and hopefully grow the DKGNJ organization so that it remains strong into future years.” 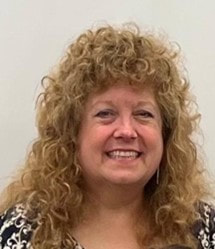 The DKGNJ nominee for recording secretary is Chris Musick (Nu).  On a state level, Chris is currently the State Motivator and a tri-chair of the Induction Committee.  Additionally, she served as SAP co-chair, put together an amazing the President’s book during COVID, and is a proof-reader for the minutes of the state meetings.  Within her chapter, Musick has served as president, first vice-president, second vice-president, parliamentarian, and on a variety of committees including SAP, rules and by-laws and yearbook.  She is certified in both mathematics and special education and is currently a math teacher at Shawnee High School in Medford, where she served as department coordinator.  Additionally, she is an adjunct professor at Camden County Community College.  She has received the Rose Award from Nu Chapter and was named Sylvan Learning Center Educational Director of the Year.

In her application, she stated “I am interested in applying for a position in the state organization of Delta Kappa Gamma because I feel strongly that those who can serve should serve.  I enjoy positions of leadership and have shown my ability to lead on the chapter level as Chapter President as well as serving as 1st VP, 2nd VP, and chairperson on numerous committees.  I have served on various committees at the state level including proofreading state minutes, induction, and co-chairing the President’s record book.  I believe I have and will continue to make a difference. “ 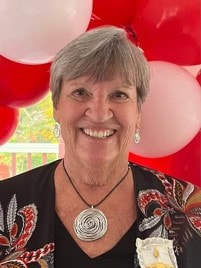 Luella Vengenock (Beta) is the nominee for the position of DKGNJ corresponding secretary.  On a state level, she is a co-chair of the Special Awards committee.  Within her chapter, Vengenock has served as president, first vice-president, second vice-president, and has served on the membership and awards committees.  Vengenock has attended state, regional and international DKG conventions.  She was teacher in Alloway Township School District for 35 years where she was a Teacher of the Year, was a two-time finalist for the Presidential Award in Math and Science and received the Audrey Brainard Science Award.   In her application, Vengenock wrote “I would be honored to serve on the Executive Committee of DKGNJ.   I have been a member of Beta Chapter for 17 years.  As soon as I was initiated, I jumped right in to do whatever was needed in my chapter.   My 4th year in I was 1st VP and by my 5th year I was President.   I served for 2 terms as President because I needed time to implement new programs into our chapter.  I stepped down as President but stepped into 1st VP, a position I have held for 7+ years.  I am also Awards Chair and Membership Chair.   I have presented many programs in my chapter, at our state convention, and even at our Regional Convention in Vermont.   I have attended every State Convention since I was inducted and have attended International Conventions in Nashville and New Orleans.  I feel very strongly about the purposes of our DKGNJ.  I think I would be a positive asset for the DKGNJ Executive Committee.” 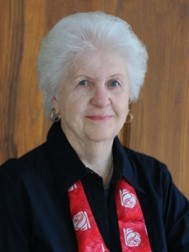 The DKGNJ nominee for nominations chair is Mary Lou LeCompte (Lambda).  On a state level, she was Installation Chair for six years and is currently keeping the state president’s book.  Within her chapter, LeCompte has served as president, membership chair and nominations/installation chair.   She is a retired elementary and basic skills from Woodbridge Township School District where she taught for 36 years.  She has served as VP for the Woodbridge Township Retired Educators and membership chair.  LeCompte has driven all over the country traveling to the state, regional and international conventions and conferences of Delta Kappa Gamma.

In her application, LeCompte wrote “I have been a member of DKG for 40 years.  Within my chapter, I have held the positions of president, membership, and nominations chair in addition to serving on various state committees.  Having attended many regional and international conventions, I feel I know many DKGNJ members which would enable me to connect with members as nominations chair.  I would be honored to hold this position.”
​Submitted by Ingrid Williams, State Nominations Chair
Download a pdf of this report >